Skeletal remains discovered beneath the fortified walls of a castle on Northumberland’s weather – blasted coastline. DCI Kate Daniels,a no no-nonsense investigator and authoritative boss if ever there was one,calls on a forensic anthropologist to help show the remains. Soon,the bones of a second body discovered. It turns out these belong to two girls buried five years apart.

Meanwhile, newly widowed prison psychologist Emily McCann finds herself drawn into the fantasy of convicted sex offender, Walter Fear on. As his mind games become more and more intense,is it possible that Daniels case has something to do with Hus murderous past?

With his release imminent,what exactly does he have in mind for Emily? As Daniels encounters dead-end after dead-end and the body count rises,it soon becomes clear that someone is hiding more than nie deadly secret…..

Beneath a diamond’s perfect surface lies a story of violence and greed. Just like bones. In a run – down Montreal apartment,Tempe finds heartbreaking evidence of three innocent lives ended. The landlord says Alma Rogers lives there – is she the same woman who checked into a city hospital as Amy Roberts, then fled before doctor’s could treat her uncontrolled bleeding? Is she Alva Rodriguez, sought by a man who appeared at the crime scene? Heading up an investigation cradling with the sexual tension if past intimacies,Sergeant Ollie Hasty along the woman’s trail and into the farthest reaches of mining country – where the grim industry of unearthing diamonds exacts a price in blood. And where the truths the unlikely trio uncovers are more sinister than they could have imagined. 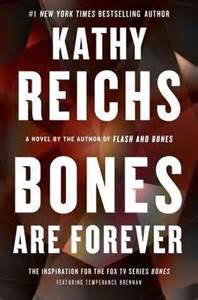 28} Have you not known? Have you not heard? The everlasting God,the Lord,the Creator of the ends of the earth,does not faint or grow weary;there is no searching of His understanding.

29} He gives power to the faint and weary,and to him who has no might He increases strength [causing it to multiply and making it to abound].

30} Even the youths shall faint and be weary,and [selected]young men shall feebly stumble and fall exhausted;

31} But those who wait for the Lord [who expect,look for,and hope in Him] shall change and renew their strength and power;they shall lift their wings and mount up [close to God] as eagles [mount up to the sun]; they shall run and not be weary,they shall walk and not faint or become tired.

It’s a prison unlike any other.Military discipline rules.It’s scanty systems are unmatched.None of it’s prisoners dream of escaping.They know it’s impossible…. until now.John Puller’s older brother,Robert,was convicted of treason and national security crimes.His inexplicable escape from prison makes him the most wanted criminal in the country.Some in the government believe that John Puller represents their best chance at capturing Robert alive.And so Puller must in his brother to face justice.But Puller quickly discovered that his brother is pursued by others who don’t want him to survive.Puller is in turn pushed into an uneasy fraught partnership with another agent,who may have an agenda of her own.They dig more deeply into the case together,and Puller finds that not only are her allegiances unclear,but there are troubling details about his brother’s conviction………and someone out there doesn’t want the truth to ever come to light.As the nationwide manhunt for Robert grows more urgent,Puller’s masterful skills as an investigator and strengths as a fighter may not be enough to save his brother- or himself.