When the nonstop action begins in 1969, the body of a Jamaican is found in the English channel. The limited evidence in the case suggest to authorities that the dead man may have been the victim of illegal immigration scheme. British Intelligence,eager to protect the homeland from the growing problems illegal immigration, assigns the incredibly versatile and resourceful Paul Chavasse to the case.He immediately goes undercover, posing as an Australian citizen who is wanted in Sydney for armed robbery; now according to the constantly evolving plan Chavasse will try to get himself safely ( through illegally ) transported from Italy to English. After making contact with shady characters who for a price are willing to help people make their way illegally to England,Chavesse travels without any real problems from Italy to France,but everything gets dangerous very fast when he is about to make His way to England.Chavasse  encounters,among others,a beautiful woman,a Jamaican man,a Pakistani, former priest ( the creature of  pure,mindless evil) ,a Chinese communist official, a wealthy  European financier.

TITLE: A FINE NIGHT FOR DYING

Tracy Crosswhite  has spent twenty years questioning the facts surrounding her sister Sarah’s disappearance and the murder trial that followed. She doesn’t believe that Edmund House – a convicted rapist and the man condemned for Sarah’s murder is the guilty party.Motivated by the opportunity to obtain real justice,Tracy became a homicide detective with the Seattle PD and dedicated to her life to tracking down killers.When Sarah’s remains are finally discovered near their hometown in the northern cascade mountain of Washington State , Tracy is determined to get the answers she’s been seeking .As she searches for the real killer,she unearths dark,long – kept secrets that will forever change her relationship to her past and open the door to deadly danger.

Adrift after leaving the marines,Narvik unexpectedly finds himself being used as bait to catch a ruthless killer whose slaying spree spans the decades.In a race against time, Marvik is sucked into a dangerous assignment and s web of deceit that will need all his skills,and those of his friend,former Marine Special Forces Communicator,Shaun Stratten,to get the truth.Their mission ,to stop a ruthless killer before he kills again.

There must have been some mistake….TV presenter Carrie Kent can’t believe the voice on the end of the phone.Surely it didn’t just say that her son- her beloved son Max-has been stabbed within his school gates? This sort of thing happens only to the guests on her daily morning chat show.Not to someone like her boy.But when Carrie arrives at the hospital and learns that Max is dead,she is thrown into a nightmare:No one will reveal what really happened and the only witness,a school girl,is refusing to talk.Carrie must enter an unknown world of fear and violence if she wants to find the truth.But can she live with what she discovers? 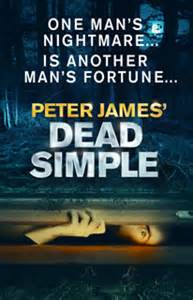 It was meant to be harmless stag night prank.A few hours later four of his friends are dead and Michael Harrison has disappeared.With only three days to the wedding,Detective Superintendent Grace -a man haunted by the shadow of his own missing wife,is contacted by Michael’s beautiful,distraught fiancee,Ashley Harper.Grace discovers that the one man who ought to know Michael Harrison’s whereabouts is saying nothing.But then he has a lot to gain-more than anyone realizes.For one man’s disaster is another man’s fortune…..