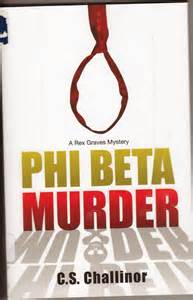 Scottish barrister Rex Graves will never understand why the devil his son Campbell chose to go to college in Florida rather than attending university in bonny Scotland.During Rex’s visit across the pond, tragedy strikes when a student is found hanging from a rope in his locked dorm room.Did the poor lad commit suicide,or was it murder?With one student dead and his own son in danger,Rex Graves vows to learn the truth.In between trying not to worry about Campbell and trying to please his new love,Helen d’Arcy (while keeping ex-girlfriend Moira at bay),Rex conducts his own investigation.What he finds is a maze of sordid secrets in the university’s not-so-hallowed halls.

3 Replies to “MAZE OF SECRETS”