The one who got away is the only one he wants. It’s been seven years since the Seattle Strangler terrorized the city.His victims were all young, pretty,their lifeless bodies found wrapped in a home-sewn white dress.But there was one who miraculously escaped death, just before the Strangler disappeared. Kill Lara Church has only hazy memories of her long-ago attack. What she does have is a home in Austin, a job, and a chance at a normal life at last. Then Texas Ranger James Beck arrives on her doorstep with shattering news: The Strangler is back. And this time, he’s in Austin. And he will kill again.He’s always craved her, even as he killed the others. For so long he’s been waiting to unleash the beast within. And this time,he’ll prove he holds her life in his hands right before he ends it forever.

After the accident, DC Cameron Stone had spent three months in intensive care before he could even recall what happened: the high speed pursuit of a vice baron through the night streets of Glasgow that had not only almost finished him but had taken the life of a teenage mother and her child. Then there’d been the message from Audrey on the back of a ‘get well soon’ card announcing that she had left him and taken their young son, Mark, with her.Booze, anti-depressants and therapy have all failed to enable him to resume his old job.

So now Stone lives in a one-room flat in the worst part of town. He pays the rent by running errands for a private detective agency.His tasks include tracking down a teenage runaway and surveillance for a woman who thinks her husband is sleeping with her sister. He’s also paid by his former colleagues, doing the work that’s not quite clean enough for them to do themselves like putting the fear of God into Jason Campbell,a newly released sex offender whose been seen hanging around the local High School in his soft-top Mercedes.Stone is having a bad week.Audrey is getting difficult about contact arrangements for Mark.She’s moved into the plush home of a plastic surgeon: there’s talk of marriage- and adoption for Mark.He finds his runaway in a brothel and just gets roughed-up for his trouble.There’s the knife wielding kids who try to mug him on the stairs and the daubing on his front door: Burn in Hell Baby Killer.The only brightness on his horizon is his growing friendship with Liz,the sunny Irish nurse who lives on the next floor. But then petrol is poured through his letterbox and his flat ablaze. And now a stranger has turned up at the school and driven off with his son.

To have and to hold from this day forward..Darren McLaughlin thinks he’s having a nightmare as he watches his wife, Lilly,being abducted from a gas station in Chandler, Arizona. Things then go from bad to worse,when it’s revealed that her captor is one of the students she taught at a local high school.
For better or worse? In Manhattan,US Attorney Aaron Eicher cringes upon learning the identity of the man who abducted Lilly McLaughlin.Nick was the one thing holding his case together against the son of Russian crime boss, Viktor Sarvydas but now his star witness was on the run,and in mortal danger.It is just the latest surprise in a case that went against everything he’d learned in school when it came to the Russian Mafia.Seeking refuge in Israel,fleeing the fallout of his son’s arrest,Viktor Sarvydas smiles when he learns the news about Nick.He knows that it’s now just a matter of time before he comes face to face with the man who was going to testify against his son.With the FBI, media, and dueling Russian assassins in a cross-country race to get to Nick and Lilly,it becomes clear that the only one who can truly save them is Darren. Will he get to them first, or will…death do us part? 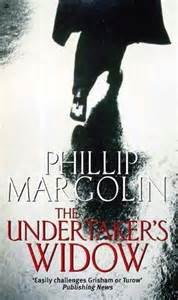 Judge Richard Quinn is young, idealistic,and honest to a fault.That’s why he’s handed the most sensational homicide case in Oregon history.Locked in a race for the U.S. Senate, Ellen Crease gunned down the intruder who murdered her wealthy husband. In a single,brutal instant she became a widow,a victim, and a hero.Yet disturbing questions remain. What secrets did the man who started his fortune running mortuaries keep that might have cost him his life? What about the son frozen out of his will? Or his wife’s political enemies? And what about Ellen Crease herself? Soon it becomes clear that a deadly plot of murder, blackmail, passion,and double cross is unfolding around Judge Richard Quinn.And unless he breaks the rules, justice will not only be blind, it will be the final victim. 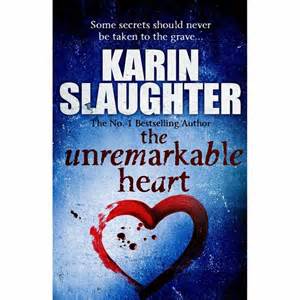 June Connor is dying of lung cancer; her ex-convict husband Richard is caring for her on her death bed. As she thinks back on how she has arrived at this stage,she mourns her teenage daughter, Grace, and tries not to allow her last thoughts in this life to be depressing and negative, but thinking back to the events of twenty-one years before makes it difficult. And her husband decides, on this, her last day, to tell the shocking truth.

The American Southwest has been decimated by drought. Nevada and Arizona skirmish over dwindling shares of the Colorado River, while California watches, deciding if it should just take the whole river all for itself. Into the fray steps Las Vegas water knife Angel Velasquez. Detective, assassin, and spy, Angel “cuts” water for the Southern Nevada Water Authority and its boss, Catherine Case, ensuring that her lush, luxurious arcology developments can bloom in the desert and that anyone who challenges her is left in the gutted-suburban dust.

When rumors of a game-changing water source surface in Phoenix, Angel is sent to investigate. With a wallet full of identities and a tricked-out Tesla, Angel arrows south, hunting for answers that seem to evaporate as the heat index soars and the landscape becomes more and more oppressive. There, Angel encounters Lucy Monroe, a hardened journalist, who knows far more about Phoenix’s water secrets than she admits, and Maria Villarosa, a young Texas migrant, who dreams of escaping north to those places where water still falls from the sky.As bodies begin to pile up and bullets start flying, the three find themselves pawns in a game far bigger, more corrupt, and dirtier than any of them could have imagined.With Phoenix teetering on the verge of collapse and time running out for Angel, Lucy, and Maria,their only hope for survival rests in one another’s hands.But when water is more valuable than gold alliances shift like sand, and the only truth in the desert is that someone will have to bleed if anyone hopes to drink.

Phoebe Piper went missing in 2006,on a family holiday when she was just three years old. Despite massive publicity and a long investigation, no trace of her was ever found. Seven years later, Molly Jackson, aged ten and recently uprooted to a Norfolk village, finds her great uncle Dan dead in his bed. Molly remembers nothing of her early years, but she’s been sure for ages that she is Phoebe. Everything in her life points to it and now, finally, she has proof. Dan’s death brings his hippie sister Janice back to Norfolk where she’s re-united with Molly’s mother Suze, the daughter she gave up for adoption decades earlier. Janice discovers that a former lover, Joe Vincent, lives nearby. Joe was a rock star who, at the height of his fame, turned his back on public life. As she is drawn back into the past, Janice begins to wonder if Dan’s death and Joe’s reputation as a reclusive acid casualty are quite what they appear.And then Molly disappears.

On compassionate leave after the murder of his wife,Thomas Lynley is called back to Scotland Yard when the body of a woman is found stabbed and abandoned in an isolated London cemetery. His former team doesn’t trust the leadership of their new department chief,Isabelle Ardery,whose management style seems to rub everyone the wrong way.In fact, Lynley may be the sole person who can see beneath his superior officer’s hard-as-nails exterior to a hidden and possibly attractive vulnerability.While Lynley works in London,his former colleagues Barbara Havers and Winston Nkata follow the murder trail south to the New Forest.There they discover a beautiful and strange place where animals roam free, the long-lost art of thatching is very much alive,and outsiders are not entirely welcome. What they don’t know is that more than one dark secret lurks among the trees, and that their investigation will lead them to an outcome that is both tragic and shocking.

TITLE: THIS BODY OF DEATH 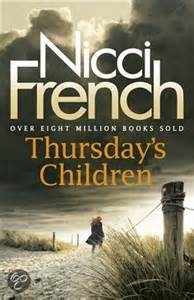 When psychotherapist Frieda Klein left the sleepy Suffolk coastal town in which she grew up she never intended to return. Left behind were friends, family, lives and loves but alongside them, painful memories; a past she wouldn’t allow to destroy her. Years later, an old classmate appears in London asking Frieda to help her teenage daughter. When death follows, Frieda has no choice but to return home to confront her past. And the monsters no one else believed were real.Frieda can trust no one as she tries to piece together the shocking truth, before another innocent dies.

Young Imogen Burnhope and her maid Rhoda board a non-stop train to Oxford to visit her Aunt Cassandra, who waits on the platform at Oxford station where the train terminates, to greet them. Only they never arrive. All the passengers alight but the two women are nowhere to be seen. The train is searched and the coachman swears he saw them board onto first class, but they seem to have vanished into thin air. The Railway Detective must unravel the mystifying web of their disappearance before Imogen and Rhoda vanish into oblivion for good. 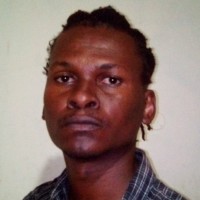