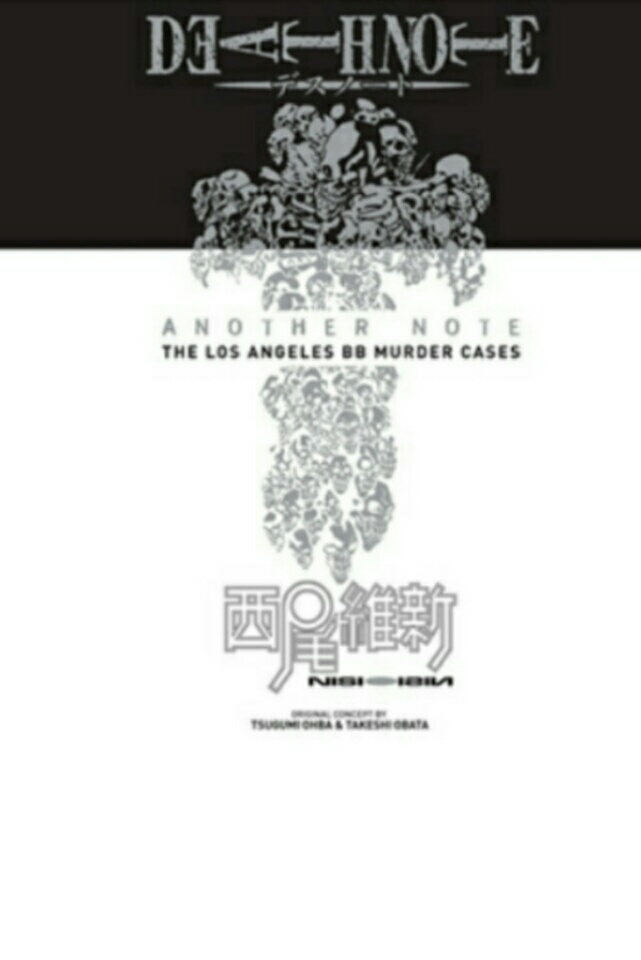 ( Roadmap To The Next Murder )

There’s a serial killer loose in Los Angeles and the local authorities need help fast. For some reason the killer has left a string of maddeningly arcane clues at each crime scene. Each of the clues, it seems, is an indecipherable roadmap to the next murder.

Onto the scene come L, the mysterious super-sleuth. Despite his peculiar working habits, he’s never shown his face in public – but this time, he needs help.

Enlisting the services of FBI agent named Naomi Misora, L starts snooping around city of Angels. It soon becomes clear that the killing spree is a psychotic riddle designed to specifically engage L in a battle of wits.

Stuck in the middle between killer and investigator, it’s up to Misora yo navigate both the dead bodies and the egos so solve the Los Angeles Murder cases. 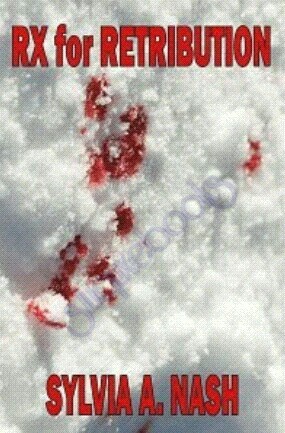 When two small town doctors are murdered under similar circumstances, police suspect random act of violence no longer applies. Their discovery that each man lost a patient because of medical negligence strengthens their suspicion.

Dr. Ellen Guthrie has struggled most of her adult life with the issue of colleagues force her to face both the issue and the killer head-on as her psychological clashes turn personal and physical.

Too many infant boys of Palm Beach gentry are dying of Sudden Infant Death Syndrome ( SIOS ) through July 24, 2016. Only obstetrics nurse, Casey Jason, is suspicious. Al Warner, Crack Miami Homicide detective, is inactive, languishing on medical leave from a deadly shootout with the Angel of Death. He’s in the best physical condition of his life, but is struggling to convience the Department’s shrink he is not suffering from PTSD.

Warner meets Casey at a local pub. They are attracted to each other, but misreading the other’s body languages, remain reserved. Learning of the SIDS deaths from Casey, Warner concedes its sounds more than coincidental, agreeing to help investigate, hoping romance develops later.

Danny O’Brien, a resident doctor and Casey’s bestfriend, is researching the deaths and coming to a stunning conclusion. Casey stubbornly continues her quest for a culprit for these SIOS deaths. Using Danny’s notes, she leaves Warner a message, and then follows her suspect deep into the Everglades.

Getting Casey’s message, Warner races after her, sure she put herself in danger. But unlike Casey, who had an unwitting guide, he is uncertain where to look. Casey’s obssesion tangles her in mortal danger. Only Warner can save her, if he can figure out where she went, and get there in time.

Elizabeth Darren, with evidence missing and key witnesses changing their stories, the battle for her dead husband’s fortune is turning ugly.

Someone is out to get her, and only one of the country’s shrewdest, most battle-hardened lawyers can save her. If he can trust her.

Jake Martin, he’s a rising star in a powerhouse law firm. Everything he ever dreamed of and sweated for now means nothing to him.

He’s become Elizabeth Darren’s lover, and made her enemies his own. It’s a choice that could take him down and the only one that matters. 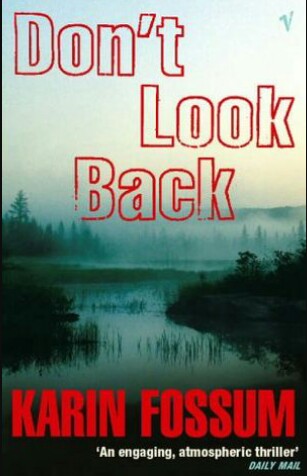 Inspector Sejer is smart and enigmatic, touch but fair. At the foot of the imposing Kollen Mountain lies a small, idyllic village, where neighbors knows neighbors and children play happily in the streets.

But when the body of a teenage girl is found by the lake at the mountain top, the town’s tranquility is shattered forever. Annie was strong, intelligent, and loved by everyone. What went so terribly wrong? Goggedly, yet subtly, Inspector Sejer uncovers layer upon layer of distrust and lies beneath the towns seemingly perfect facade.

In fighting, carnage and sexual favours are the law at the Los Angeles law firm of Thorn and Chase. Experience the cutthroat culture of big money law firms – firms where partners and associates must win at all cost. They cannibalize each other buttling for money, power, love, clients, and ultimately their own survival.

With blue-collar idealism and onerous student loans, first year associate Sophia Christopoulos covets the firm’s money and power. But her new friendships, love, and success come with the the shocking price of disillusionment, murder and betrayal.

When Sophia is hurled into a murder investigation, she is torn between ethics and firm politics, as well as love and truth. Fighting to save her carrer and life, she becomes the star witness and then a target. 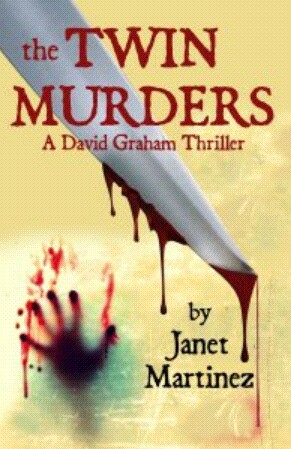 When Dr William Melon arrives at Walla Walla State Penitentiary, he knows that his work as a psychologist will not be easy. Faced with dangerous inmates and wholly unsupportive prison warden, Melon desperately hopes to achieve something positive. When an opportunity presents itself, in the form of the notorious Eddie Dooley, Melon takes it.

Over the coarse of numerous sessions, Melon tries to uncover the reasons for Eddie’s brutally violent behavior. However, in doing so, he uncovers a past so horrifying, that it is difficult to comprehend. By attempting to reveal Eddie’s secrets, Melon is a dangerous beast.

He is continuously poking lions, but does not seem prepared for what will happen when they wake up.

A serial killer is on the loose in Minneapolis and the head of the investigation, Minneapolis police Le Jake Waschke, is facing the pressure to find him. To make matters worse, the killer strikes again, this time across the river in St. Paul, and his victim is the daughter of a prominent politician.

Just when the investigation seems to be going nowhere, the police catch a break when the killer strikes yet again, except this time there’s a witness who gets the police, including Jake Waschke chasing the killer through the streets of Minneapolis. During the chase Jake gets a good look at him and realizes his problems are only beginning when he recognizes the man and realizes he must do whatever is necessary to protect him.

A pasty is found and an arrest is made. The pasty’s fate is placed in the hands of criminal defense lawyer, Marc Kedella, when the brother of the accused turns out to be a former client of Marc’s. The case has heat and publicity far beyond anything Marc has ever dealt with and he tries to beg off. He knows he is over his head with a case of this magnitude and also realizes it could destroy his practice and drive him into bankruptcy. The brother convinces Marc to take the case playing on their past relationship, guaranteeing payment of his fees and Marc’s own believe that the man is innocent.

As the case progresses, Marc, aided in the investigation by stunningly beautiful private investigator, becomes more and more convinced his client is being framed. But, unless he can uncover who is framing him and, more importantly, why, an innocent man is going to take a very serious fall, Marc will be helpless to prevent it. 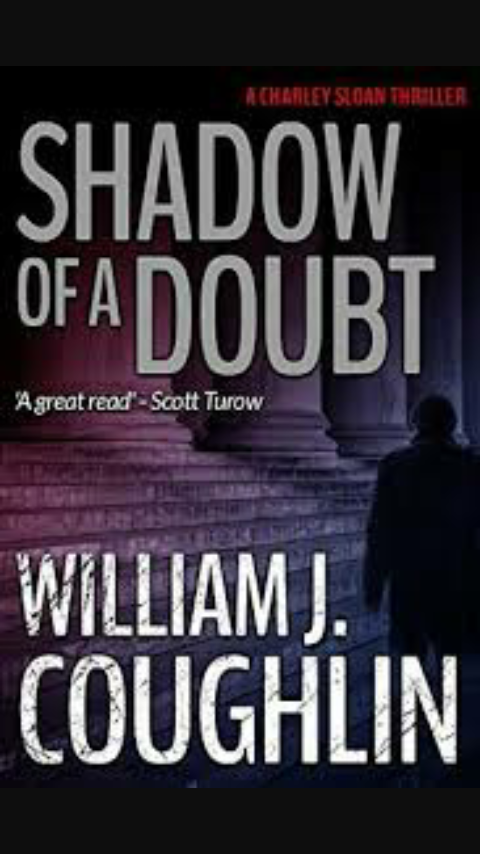 Charley Sloan thought it was all behind him,his carrer,his wife,his drink problem. There are no glamorous women,no exotic holidays and no flashy cars. The life he once lived has become a vague memory. Now he’s just Charley,sobriety with a rented studio and an old Ford Escort and a regular at a local AA meetings. Life was lonely without booze,but it was stable. That is until the arrival of an expensive looking client in his shabby lawyer’s office.

Robin Harwell,a sweetheart from High School with a favour to ask and $20,000 to pay for it. Defend her step daughter? No easy task when charge is murder,the victim ,her husband and the defendant has already confessed. Angel,the rich little girl with celestial looks and a dead father’s blood on her hands.Innocent child,cool headed killer or completely psychotic? She propably needs a magician more than a lawyer. Apart from the scandalous case they are facing,Robin and Angel seen to be coping well without Harrison Harwell. Their primary focus is on selling the shipping empire he left behind and making sure Angel doesn’t wind up on jail.

Family feuds, secret sexualities and missing records add to the pressure Charley is under. This is the one chance he has to restore his nbut he knows he has to take a risk and fight dirty if he wants to win. With the publicity machine revving,the District Attorney prosecuting and the temptation to reach for the bottle growing, Charley must prove there’s a shadow of doubt or else he’s sunk forever.

Why have they chosen Charley and what are they hidding?