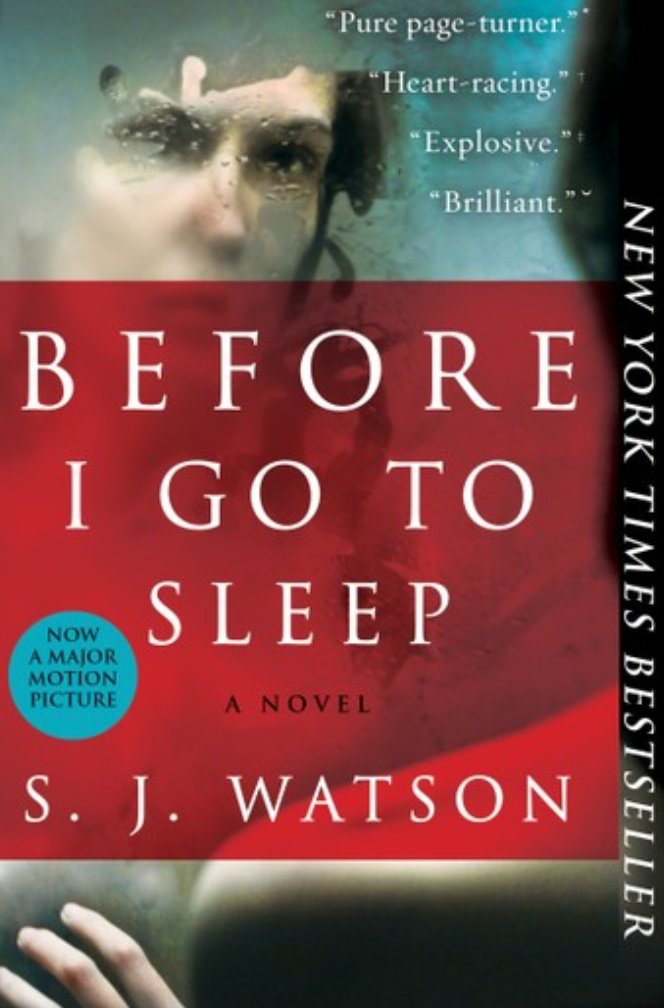 Memories define us. So what if you lost yours every time you went to sleep? And the one person you trust may be telling you only half the story.

A married woman named Christine wakes each morning with no idea who she is, requiring her husband, Ben, to explain her life all over again, including the accident that made her an amnesiac.

However, when Christine begins to keep a journal, she discovers one morning that she has left an enigmatic and troubling message for herself, one that makes her question everything she thought she knew: “Don’t trust Ben.”

Title: Before I Go To Sleep 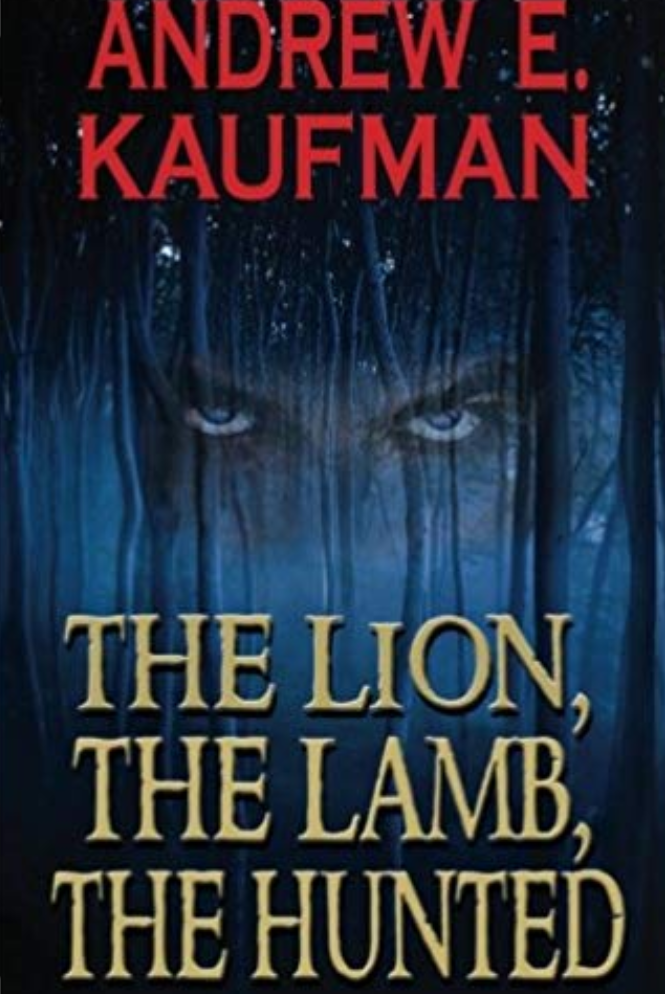 ( What Really Happened To Nathan Kingsley )

She only stepped outside for a minute …

But a minute was all it took to turn Jean Kingsley’s world upside down – a minute she’d regret for the rest of her life. Because when she returned, she found an open bedroom window and her three-year-old son, Nathan, gone. The boy would never be seen again. A tip leads detectives to the killer, a repeat sex offender, and inside his apartment, a gruesome discovery.

A slam dunk trial sends him off to death row, then several years later, to the electric chair. Case closed … justice served … or was it?

There’s a hole in the case a mile wide, and Patrick is determined to close it. But what he doesn’t know is that the closer he moves toward the truth, the more he’s putting his life on the line, that he’s become the hunted.

Someone’s hiding a dark secret and will stop at nothing to keep it that way. The clock is ticking, the walls are closing, and the stakes are getting higher as he races to find a killer – one who’s hot on his trail. One who’s out for his blood. 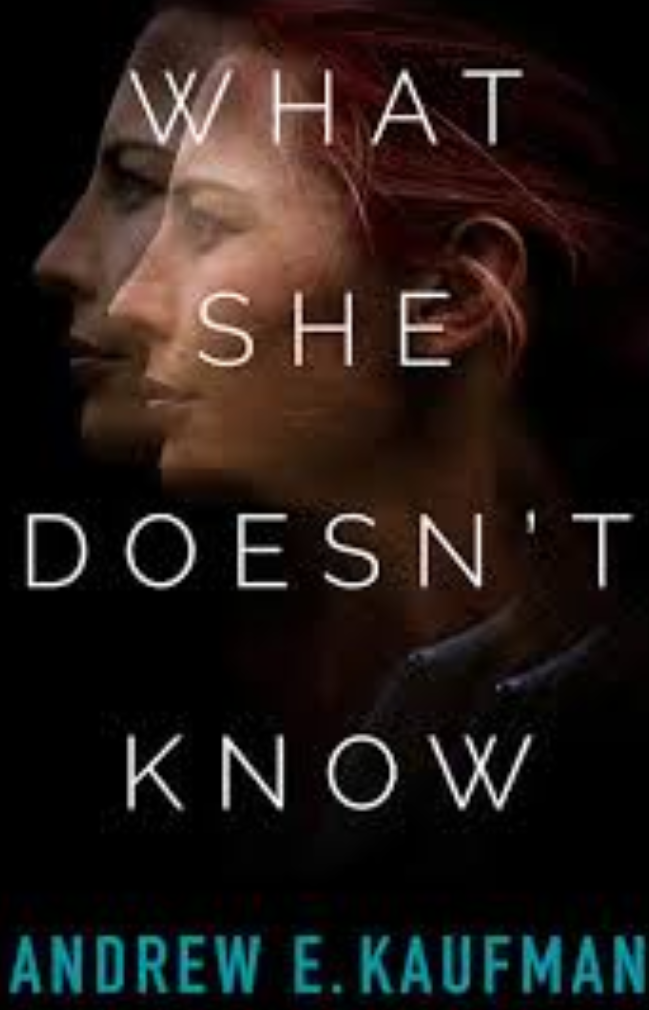 How far can you push an obsession before paying the ultimate price?

Sometimes what you don’t know can hurt you. In Riley Harper’s case, it’s what she says she can’t remember. Nearly a decade ago, Riley was the suspect in a murder investigation that destroyed her life and drove her into a psychiatric facility. Locked away for years, she was always guilty in the eyes of an unforgiving public.

Now, after being released, all she wants is a fresh start, but the effort stalls when she becomes fixated on her new neighbor’s extravagant life. She can’t stop watching Samantha Light. And it’s curiously satisfying. For now, at least.

Because there’s one more thing Riley doesn’t know. And this time it may not just hurt her—it could kill her.

TITLE : WHAT SHE DOESN’T KNOW Home Is Where The Nightmare Is

This room has already claimed one life. Is it about to take another?

Lisa, a troubled young woman with a past, can’t believe her luck when she finds a beautiful room to rent in a large house. The live-in owners are a kind and welcoming couple. Everything is fine until she finds a suicide note hidden in her room. But when the couple insist this man didn’t exist and that Lisa is their first tenant, Lisa begins to doubt herself.

Compelled to undercover the secrets of the man who lived in the room before her, Lisa is alarmed when increasingly disturbing incidents start to happen. Someone doesn’t want Lisa to find out the truth.

As the four walls of this house and its secrets begin to close in on Lisa, she descends into a hellish hall of mirrors where she’s not sure what’s real and what’s not as she claws her way towards the truth… 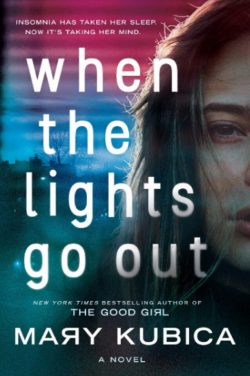 Jessie Sloane is on the path to rebuilding her life after years of caring for her ailing mother. She rents a new apartment and applies for college. But when the college informs her that her social security number has raised a red flag, Jessie discovers a shocking detail that causes her to doubt everything she’s ever known.

Finding herself suddenly at the center of a bizarre mystery, Jessie tumbles down a rabbit hole, which is only exacerbated by grief and a relentless lack of sleep. As days pass and the insomnia worsens, it plays with Jessie’s mind. Her judgment blurred, her thoughts hampered by fatigue. Jessie begins to see things until she can no longer tell the difference between what’s real and what she’s only imagined.

Meanwhile, twenty years earlier and two hundred and fifty miles away, another woman’s split-second decision may hold the key to Jessie’s secret past. Has Jessie’s whole life been a lie or have her delusions gotten the best of her? 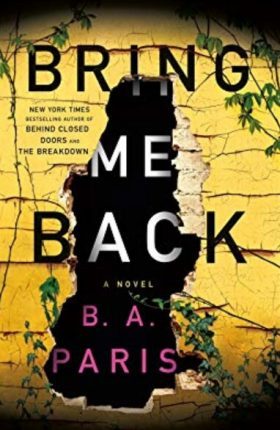 She went missing. He moved on. The secrets remained until now.

Young, in love, and on vacation, Finn and Layla are driving along the highway when Finn decides to stop at a service station restroom. He hops out, locks the car doors behind him, and goes inside. When he returns Layla is gone never to be seen again. That’s what Finn told the police. But it’s not the story. 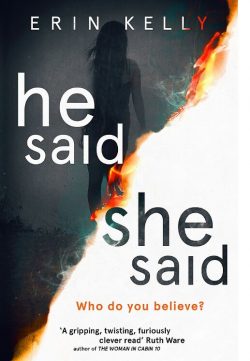 ( Witness For The Prosecution )

In the summer of 1999, Kit and Laura travel to a festival in Cornwall to see a total eclipse of the sun. Kit is an eclipse chaser; Laura has never seen one before. Young and in love, they are certain this will be the first of many they’ll share.

But in the hushed moments after the shadow passes, Laura interrupts a man and a woman. She knows that she saw something terrible. The man denies it. It is her word against his.

The victim seems grateful. Months later, she turns up on their doorstep like a lonely stray. But as her gratitude takes a twisted turn, Laura begins to wonder, did she trust the wrong person?

15 years later, Kit and Laura are living under assumed names and completely off the digital grid: no Facebook, only rudimentary cell phones, not in any directories. But as the truth catches up to them, they realize they can no longer keep the past in the past. 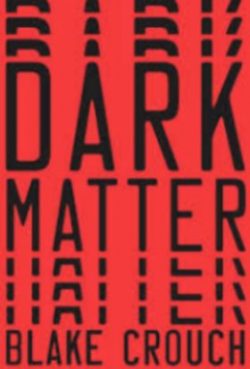 ‘Are you happy in your life?’ Those are the last words Jason Dessen hears before the masked abductor knocks him unconscious.

Before he wakes to find himself strapped to a gurney, surrounded by strangers in hazmat suits. Before the man he’s never met smiles down at him and says, ‘Welcome back, my friend.’

In this world he’s woken up to, Jason’s life is not the one he knows. His wife is not his wife. His son was never born. And Jason is not an ordinary college physics professor, but a celebrated genius who has achieved something remarkable. Something impossible.Is it this world or the other that’s the dream? And even if the home he remembers is real, how can Jason possibly make it back to the family he loves?

The answers lie in a journey more wondrous and horrifying than anything he would’ve imagined – one that will force him to meet the darkest parts of himself even as he battles a terrifying, seemingly unbeatable foe. 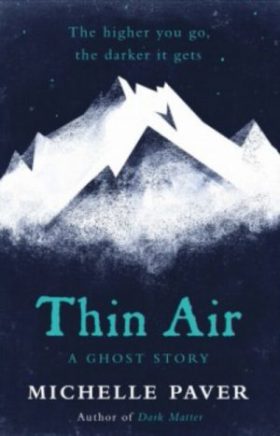 In 1935, young medic Stephen Pearce travels to India to join expedition with his brother, Kits. The élite team of five will climb Kangchenjunga, the world’s third highest mountain and one of mountaineering’s biggest killers. No one has scaled it before, and they are, quite literally, following in the footsteps of one of the most famous mountain disasters of all time – the 1907 Lyell Expedition.

Five men lost their lives back then, overcome by the atrocious weather, misfortune and ‘mountain sickness’ at such high altitudes. Lyell became a classic British hero when he published his memoir, Bloody, But Unbowed, which regaled his heroism in the face of extreme odds. It is this book that will guide this new group to get to the very top.

As the team prepare for the epic climb, Pearce’s unease about the expedition deepens. The only other survivor of the 1907 expedition, Charles Tennant, warns him off. He hints of dark things ahead and tells Pearce that, while five men lost their lives on the mountain, only four were laid to rest.

But Pearce determined to go ahead and complete something that he has dreamed of his entire life. As they get higher and higher, and the oxygen levels drop, he starts to see dark things out of the corners of his eyes. As macabre mementoes of the earlier climbers turn up on the trail, Stephen starts to suspect that Charles Lyell’s account of the tragedy was perhaps not the full story… 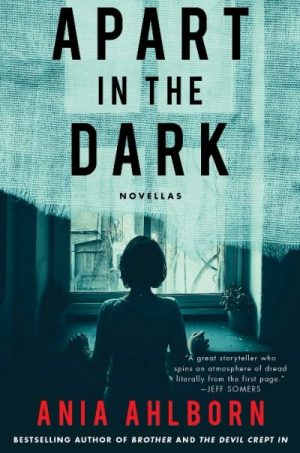 New York,1977. The sweltering height of the Summer of Sam. The entire city gripped with fear,but all Nell Sullivan worries about is whether she’ll ever make a friend. The self-proclaimed “Plain Jane” does her best to fit in with the girls at work,but Nell’s brother,Barrett, assures her that she’ll never be like them. When Nell manages to finally garner some much-yearned-for attention,the unthinkable happens to her newfound friend. The office pool blames Son of Sam,but Nell knows the awful truth because doing the devil’s work is easy when there’s already a serial killer on the loose.

I CALL UPON THEE

Maggie Olsen had a pretty ordinary childhood—swimming and sleepover, movie nights and dad jokes. And then there were the other things,the darker things,the shadow that followed her home from the cemetery and settled into the corners of her home,refusing to let her grow up in peace. Now,after three years away from the place she’s convinced she inadvertently haunted,and after yet another family tragedy strikes, Maggie is forced to return to the sweltering heat of a Savannah summer to come to terms with her past. All along,she’s been telling herself, it was just in your head,and she nearly convinces herself that she’d imagined it all. But the moment Maggie steps into the foyer of her family home,she knows. The darkness is still here. And it’s been waiting for Maggie’s return…. 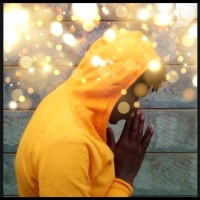