Beneath the surface of Nina Holt’s perfect marriage lurks a life of terror inflicted upon her by her politically powerful husband Michael and his brother Greg, a sadistic detective. For over a decade, they have managed to kepp Nina imprisoned, using her to satisfy their every whim.

When Sam imitates Michael’s violence by lashing out at her, Nina knows it’s time for both of them to escape before Sam truly turns into the monster Michael is groming him to become. In her haste to escape, she crashed her car and a kind motorist, Case Herder offers her help. Nina accepts,unaware that he has his own plans for her, igniting a deadly game of cat and mouse as they flee across Tasmania with Sam. As Michael and Greg relentlessly hunt them down to Cradle Mountain, Nina finds herself with nowhere left to run. Cornered, she has no choice but to face evil heed-on.

On a lonely road on the borders of Wales, a man has crashed his car and died. It seems like a simple accident to everyone except the man’s grieving daughter, Angie. She’s convinced he was murdered, since  being a victim of red-green color blindness  he did not drive. Suspended from his duties, Sergeant Harry Kyle agrees, as a favor to Angie’s husband, to examine the facts and put her suspicions to rest. But the more he probes, the more suspicious he becomes until someone hits him over the head, and Harry Kyle sees red.

When one sister dies, the other must go to desperate lengths to survive. After a tragic accident, still haunted by her twin sister’s death, Abi is making a fresh start in Bath. But when she meets siblings Bea and Ben, she is quickly drawn into their privileged and unsettling circle. When one sister lies, she must protect her secret at all costs. As Abi tries to keep up with the demands of her fickle friends, strange things start to happen, precious letters go missing and threatening messages are left in her room. Is this the work of the beautiful and capricious Bea? Or is Abi willing to go to any lengths to get attention? When the truth outs, will either sister survive? 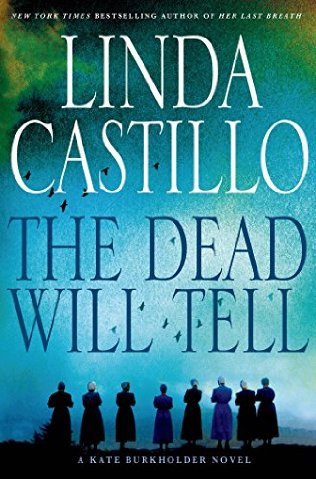 Everyone in Painters Mill knows the abandoned Hochstetler farm is haunted. Ghost stories abound, but no one knows what really happened that terrible night thirty-five years ago when an Amish father and his four children perished and his young wife disappeared without a trace. When Chief of Police Kate Burkholder is called to the scene of an apparent suicide,a man found hanging from the rafters in his barn, evidence quickly points to murder. She finds herself following an elusive trail that points back to the tragedy of that long ago incident.

Meanwhile, Kate has moved in with estate agent John Tomasetti and for the first time in a long time, she’s happy. Their newfound bliss is shattered when one of the men responsible for the murders of Tomasetti family four years ago is found not guilty and walks away a free man. When a second man turns up dead, Kate discovers a link that sends the investigation in a direction no one could imagine and uncovers a horrifying truth that reaches deep into the past and strikes at the very heart of Painters Mill. As Kate draws a bead on a stone cold killer, a murderer vows to right old wrongs and kill anyone who stands in the way.

TITLE: THE DEAD WILL TELL