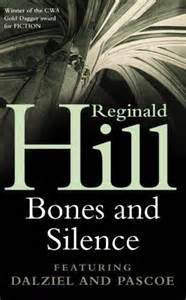 Andy Dalziel of the Mid-Yorks CID has witnessed a murder, but it was though dark glass and he was being sick at the time. Now he finds the case shrouded in uncertainty and a string of contradictory statements. And who is his anonymous letter writer threatening suicide? Meanwhile Dalziel’s colleague, Peter Pascoe, has returned from a long convalescence uncertain about his job, his marriage, or his motivations whilst having to act as a moderator to the strong-willed Dalziel. In the background and, occasionally, the foreground, are the York Mystery Plays with their Director, Eileen Chung, who uses and abuses her vast range of talents to get the cast, site, and show she wants. But mysteries linger long after the performances, mysteries with no solution.